Recover corrupt Sqlite file and export it as Sqlite, MS Access or other databases. 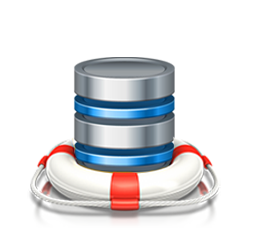 Repair and recover corrupt sqlite db files using the sqlite repair tool. The sqlite recovery recover tables, triggers and other components of db files and provide the instant preview of the db files supported by the various OS (like android, Mac etc), browsers(like Mozilla etc) and applications (like Skype etc).

Corrupt Sqlite file repair can be done using the scan option provided by the repair tool.Sqlite Database Recovery tool automatically scans the database and repairs it if found corrupted and also show the live scan report (including number of item scanned) of the Database recovery process.

Sqlite File Recovery software allows selecting items to export by using check or uncheck option on thye items. So the selective items such as tables, triggers etc will be exported without loss or compromise of any Meta data or any significant information using the sqlite recovery tool.

Why to Use Sqlite Database Recovery? 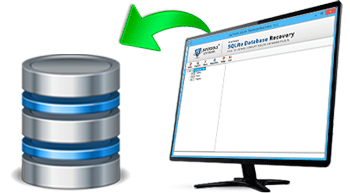 Recovery of Sqlite database means the restoration of a lot of lost crucial entries made into a very essential database. Sqlite is a highly used and implemented platform for/by applications and various operating systems which makes it one of the most essential data storing database file. Right from, computer operating systems, application data storage, to mobile operating systems, Sqlite is everywhere. Though, the ACID property complying database doesn't really get damaged very easily. But when it does, there is no manual way to bring it back into a stable condition. Thus, damage caused to such a database is considered unaffordable for being irreversible.
The Software proves to be a dependable and intellectual approach. the sqlite repair tool can fix Sqlite database from unresolvable issues and make it accessible all over again. Built to serve Sqlite file repair from any given corruption makes the tool a successful selection. The application can be chosen for the recovery of Sqlite database of any application, operating system, or device as it is capable of processing and fixing database of any size. Besides the lack of a manual procedure to fix, the tool individually is a completely well integrated and versatile solution that offers recovery to and for Sqlite DB of any platform or of any platform such as sqlite for android, windows, Linux, mac, Ios, chrome, firefox etc In addition to that, the provision for a demoware version in Sqlite File Recovery makes it feasible for users to first examine the procedure with a test database and proceed with purchase once through with the Sqlite Database Recovery and familiar with its provisions.

Sqlite And Its Components 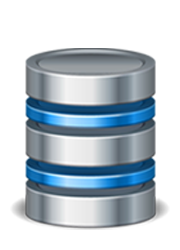 Sqlite is an SQL based relational database management system contained in C- programming. Its exclusive features facilitate zero configuration, transaction oriented and a thread safe database engine. Atomicity, consistency, isolation and durability executed by Sqlite make the database fully robust. The data in Sqlite database is stored in tables that contain multiple fields and data types and is accessed through the SQL commands on any Sqlite supportive system.

The frontend system is responsible to preprocess SQL statements and Sqlite commands that are sent as input by different applications. It analyses these statements and commands, optimizes them, and further generates corresponding Sqlite internal byte code programs that can be executed by backend.

When an SQL statement contained in a string is to be executed, it is passed to the tokenizer which is responsible to break the original string into tokens and pass them to the parser, one by one. The tokenizer is coded in C programming language, in the file tokenize.c.

The function of the parser is to analyze the tokens produced by the tokenizer and further analyze the structure of the statement. It then generates a parse tree. The parser consists of an optimizer that will restructure the parse tree, and searches for an equivalent parse tree to produce an effective byte code program.

The function of Backend engine is to interpret byte code programs and is responsible for the effective database processing. This section is inclusive of four modules.

The virtual machine executes the program generated by the code generator. In short, VM module is the internal byte code language interpreter. It can be called as the manipulator of data and i8s contained in a single source file vdbe.c. The virtual machine header file vdbe.h defines an interface between the virtual machine and Sqlite library. Database for a VM is a collection of tables and indices, where table or index is a set of tuples or records.

The database is maintained on the disk by B tree implementation that is found within the source file btree.c. Each tuple set is organized by a tree data structure in tree data structure in an ordered manner. It organizes tables and indices in B+ and B trees, respectively. It allows virtual machine to insert, search and delete tuples, create new trees and delete old ones.

A page oriented abstraction of the database file is provided by pager module. It maintains a cache of the database pages that are used by B/B+ tree modules. This module facilitates features such as rollback and atomic commit abstraction and also implements locking. The source file pager.c contains the code for implementation of the page cache.

So the user can recover the database and can preview all these components and explore the architecture of sqlite using the Sqlite Recovery tool.

Undoubtedly, gradual growth in technology is responsible for the widespread usage of Sqlite with every other application, utility, or OS/device. But issues that can break down even the safest database are also growing largely at the same pace. Therefore, a handy Sqlite repair tool has become a necessity to keep and maintain database in the stable state that it was.

Sqlite Database Recovery is built to recover corrupt Sqlite database and return it into a usable form. Some of the noteworthy features put forward by the Sqlite File Repair application include following: 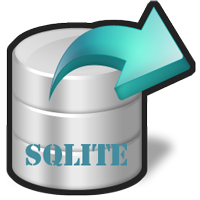 Despite of a successful recovery, Sqlite database is of no use unless it has been reconstructed using the restored components and their contents in an integral manner, i.e. without modifications. Being a database format, Sqlite database has an internal structure similar to any other database consisting of tables.

NOTE: This way the affected copy can be replaced with the recovered one to implement changes. And as other database(s) using DSN: The Open Database Connectivity offers storing structural information related to certain database types is used for generating an output with the recovered Sqlite database contents. The output can be created with the help of DSN registry as:
a. SQL MDF
b. Sqlite DB
c. Access MDB 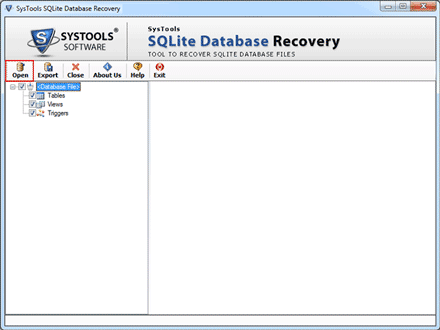 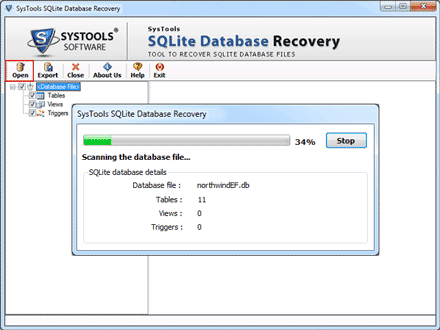 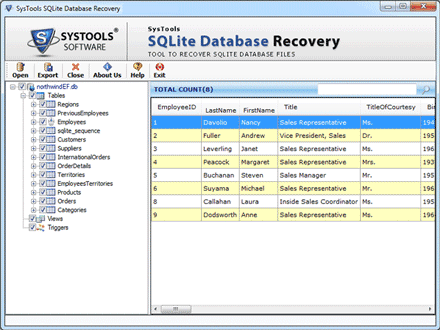 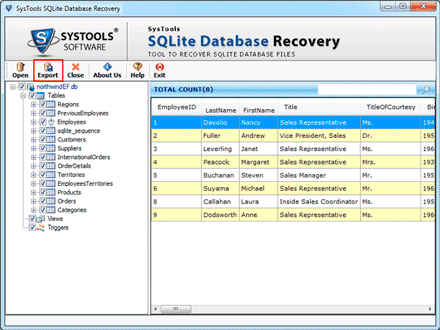 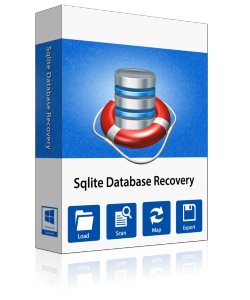 Limitations
The Demo version only allows to scan, repair and preview the Sqlite Databasae

Is there a need of any supporting application to run the Sqlite File Repair smoothly?

No there is no need of any supporting application to run the software smoothly, as Sqlite Database File Recovery is a standalone application.

Yes the Sqlite database repair tool is compatible and functions smoothly with windows 8/8.1 and below versions.

Is the recovery of Sqlite database is possible for the database files created under UNIX, Android or any other OS or browsers?

Yes the Sqlite file Recovery accomplishes the Sqlite Database Repair for the database files created under any Operating system or browser or any application.

Is it possible to use the Sqlite Database Recovery on Mac machine?

No the tool is window based application so it can't be installed and used on the Mac machine.

Is it possible to recover transaction details from corrupt Sqlite database?

The Sqlite file repair support DSN option, can I know what exactly DNS option do?

Is there any File Size limitation imposed on the Sqlite file Recovery?

How many recovery operations can be done at once by the Sqlite repair tool?

The tool can only recover one database at time?

Sqlite Repair software support data type mapping while exporting the database, this feature of the Sqlite repair tool is quiet different and helpful for saving database in other formats without the loss of crucial information. So these helpful features of the tool make it an excellent option for sqlite file repair.